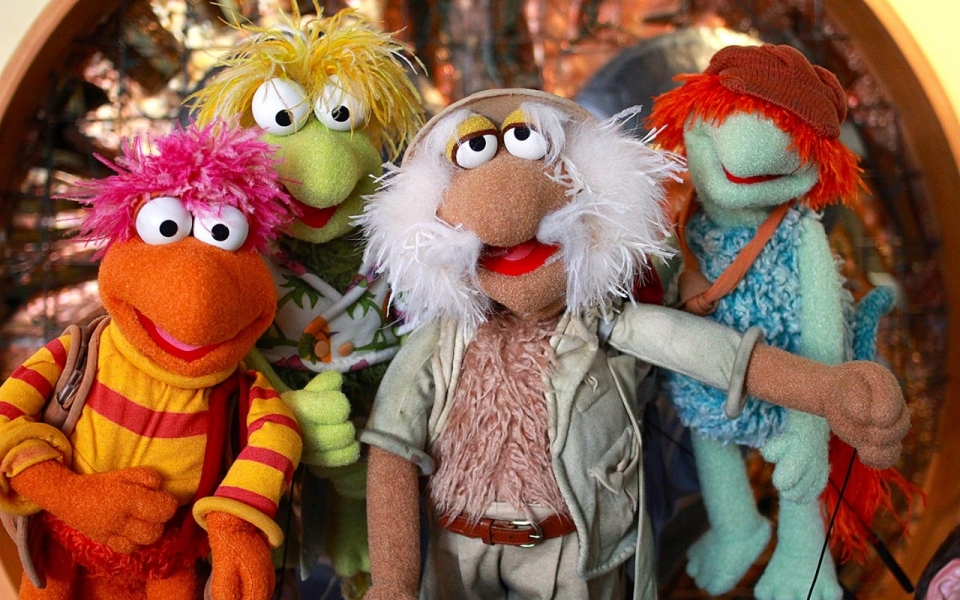 “Fraggle Rock” will be returning to HBO as a digitally remastered series.

If you’re as big a kid as I am, or even remotely “techie”, you’ll be uber excited to find out that “Fraggle Rock” will be returning to HBO as a digitally remastered series.

It’s hard to believe that its been almost 30 years since “Fraggle Rock” went off the air in 1987, and even longer since it originally debuted on HBO in 1983.

What does “digitally remastered” actually mean for “Fraggle Rock” fans?

“In remastering the series, illuminate has created a contemporary look for the series with meticulous attention paid to every detail — sharpening the images, cleaning up the contrast, increasing the vibrancy of the colors and re-formatting for wide-screen — all under the careful supervision of Brian Henson.”

This is awesome news!

“Fraggle Rock was released on HBO when I was 6 years old. My generation was the first to have a relationship with the Fraggles known as Red, Gobo, Wembly, Mokey and Boober. Who can forget the lovable doozers and how they continuously built and re-built their structures, even though the Fraggles ate them as snacks? Or what about the Trash Heap? So many memories… I remember dancing around my parents’ living room to the theme song as it came on. I knew the words by heart, and now I can “Dance my cares away…” in my own living room with my own son.

“Fraggle Rock” is said to return soon as reported by Deadline. Watch for it on HBO, HBO Go and HBO Now.

If it weren’t for “Fraggle Rock” being such a hit, titles like “The Soprano’s”, and “Sex In The City” would have never been around. This was the first time HBO tried its hand at original programming, and was said to have been “critical to the network’s development,” according to an executive vice president at the time.

2. The Target Audience Was Not Originally Children. 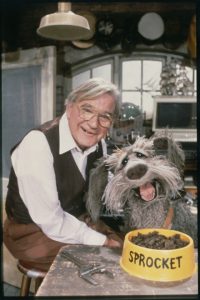 Michael Frith, former Executive Vice President and Creative Director for Jim Henson Productions, explained that the show was not always geared for kids. It just turned out that way. In fact, it was more the “mid-kid” they were after, beyond Sesame Street but reading Playboy, and who were able to engoy the magic of fantasy.

3. They Weren’t Always Known As Fraggles.

Could you imagine calling Red, Gobo, Wembly, Mokey and Boober Woozles? That’s what the original version of the script had them called. That idea had to be abandoned with the writers realized that Winnie the Pooh already had creatures known as Woozles.

4. The Theme Song Was A Hit

The theme song not only dazzled kids of my age in the 80’s with the upbeat tempo. In England, the “Fraggle Rock” theme song reached number 33 on the British music charts.

5. A “Fraggle Rock” movie Has Been In The Works For 10 Years

In 2005, The Jim Henson Company announced plans to make “Fraggle Rock” into a film and hoped to release around 2009.

That target wasn’t met, but just
recently Variety announced that the “Fraggle Rock” movie is definitely happening. The producer and lead star is said to be Joseph Gorton-Levitt.

So, what do you think? Will you plan on watching this on HBO Go with your kids? Can you remember the excitement as we heard the theme song come on?

All you die hard Fraggle fans out there, chime in and let me know your thoughts on this in the comments below.

Mike DeVincentis
Mike is a tech guru that loves spending time outdoors. When not at the helm of SurePoint IT Solutions, you can find him hiking or mountain biking.

You have Successfully Subscribed! Check your Inbox for the confirmation email.

This site uses Akismet to reduce spam. Learn how your comment data is processed.

I remember those days. You were really excited when that show came on. Hope we can watch it together again

Fun! I can hear the theme song now!

You have Successfully Subscribed! Please check your Inbox for the confirmation email.

Don't Have Time To Read Now?

Sign up to receive new posts in your Inbox and stay up to date on the latest computer information from SurePoint IT Solutions.

You have Successfully Subscribed! Please check your Inbox for a confirmation email.